The German brand Powerslide sponsors a significant number of skaters worldwide. Its international freestyle skating team welcomes big names in a variety of freestyle disciplines. Jürgen Pfitzner, the manager of the team, tells us about his team.

Presentation of the athletes

Powerslide sponsors athletes at the highest level. In the freestyle they often come from Italy, Russia, France or Spain. But there are also some from Senegal, Poland or the Ukraine.

Lorenzo Guslandi is one of the best freestyle slalom skaters in the world. He shines especially in the “Jam”, the roller slalom for two! Together with his partner Valerio Degli Agostini, he won the World Championship title at the World Roller Games 2019 in Barcelona (Spain). Lorenzo also took second place in the classic slalom ahead of Valerio and second place in the Slalom Battle. 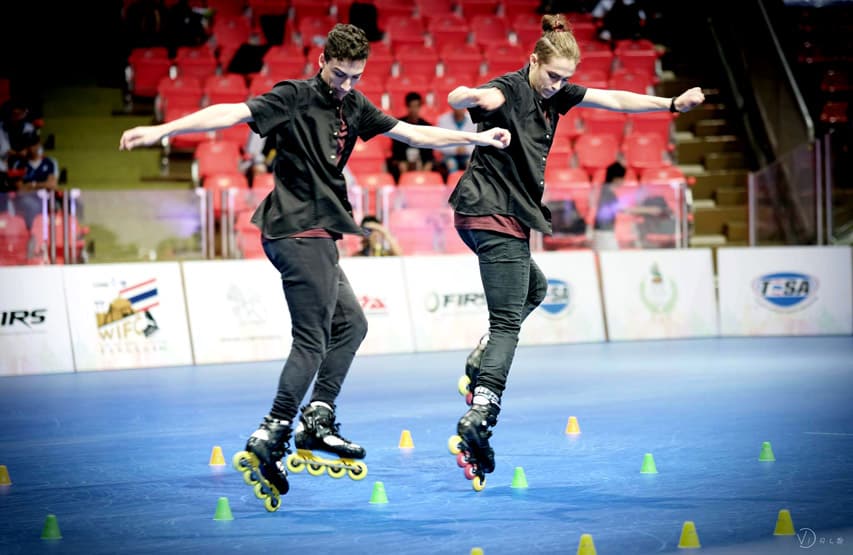 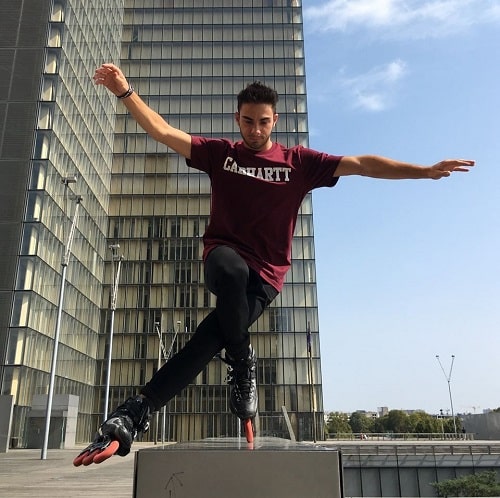 Lorenzo Demuru was born on 3 October 1997. He originally comes from Lombardy. He started skating at the age of 7 years. From the very beginning he literally fell in love with freestyle skating and started to skate more and more. Over the years, he has trained all freestyle disciplines and won medals in each of them, whether in classic slalom, battle, speed slalom or high jump.

The Powerslide Urban Skater is always looking for progress. He is always trying to discover new things and to improve himself. This is the source of his motivation. His passion for skating is true and has made it possible that he was discovered by Powerslide. He is also developing within the Astro Roller Skating Team.

Lorenzo Demuru has won many titles in Italy and some WSSA competitions and became European Battle Champion in 2018.

Here’s his performance at the Roller Games on video… 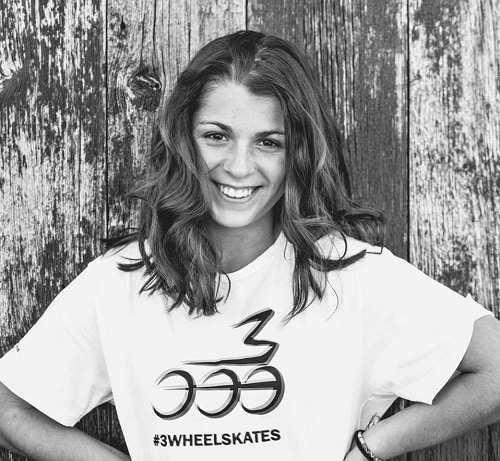 Alix Bouquet is 18 years old. She started skating at the age of 4 and started to compete in her first competitions at the age of 8. She entered the international arena at the age of 13. Alix was selected several times for the French team. She spent two years in sports or studied at the French pole in Bordeaux.

She is one of the French speed slalom specialists. At the European Championships 2016 she won the bronze medal in speed slalom. She has also trained the freestyle slalom. 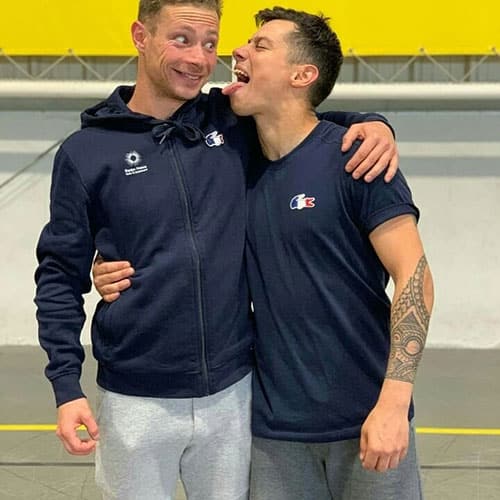 Jimmy Fort is 23 years old. He is originally from Bordeaux and has been skating for 19 years. From an early age he turned to freestyle, following in the footsteps of his brother Yohan. Just like his brother Yohan, Jimmy is a specialist in speed slalom. He is one of the fastest in the world in his field. Jimmy loves skating in all its forms, he also plays roller hockey in N3. When he was younger, he also participated in some training camps of the Equipe de France.
He regularly takes part in skatecross competitions.
Jimmy plays for the French team since 2011. 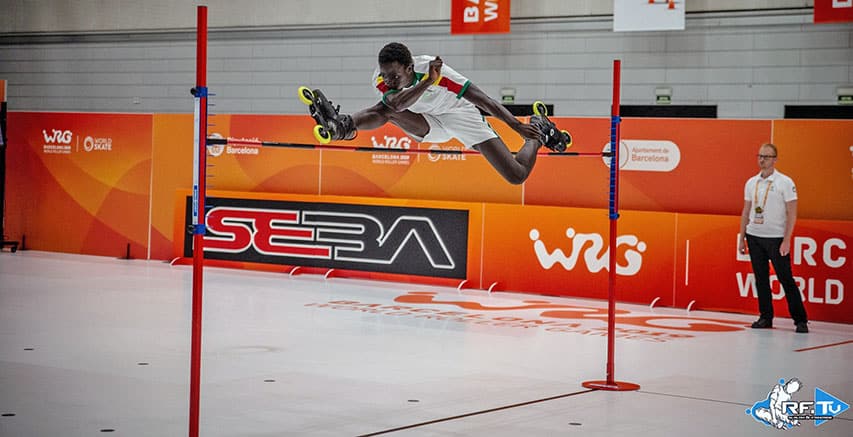 Originally from Senegal, Dame Fall is an athlete in the Senegalese Federation. He lives in Dakar. Dame Fall’s family is no stranger to skating. Already his uncle used to train for fun. One day he gave Dame Fall his skates because he didn’t have time to do it anymore. So the story began at the end of 2012.
He quickly found his way to the high jump. Dame made rapid progress. Before skating, he played handball, to which he owes his strong nerves. He took part in his first competition in 2013 and took second place in the junior category.
After that he never leaves the podiums again and concentrates on the high jump. He had the great honour of winning the first World Championship medal in freestyle inline skating for his country. He made a name for himself when he won the 2017 World Roller Games in the high jump, ahead of Frenchman Florian Petitcollin.

In 2019, the Senegalese runner set a world record and eventually finished second behind Florian. A duel at the top, as we will remember for a long time! The two athletes are record holders together. 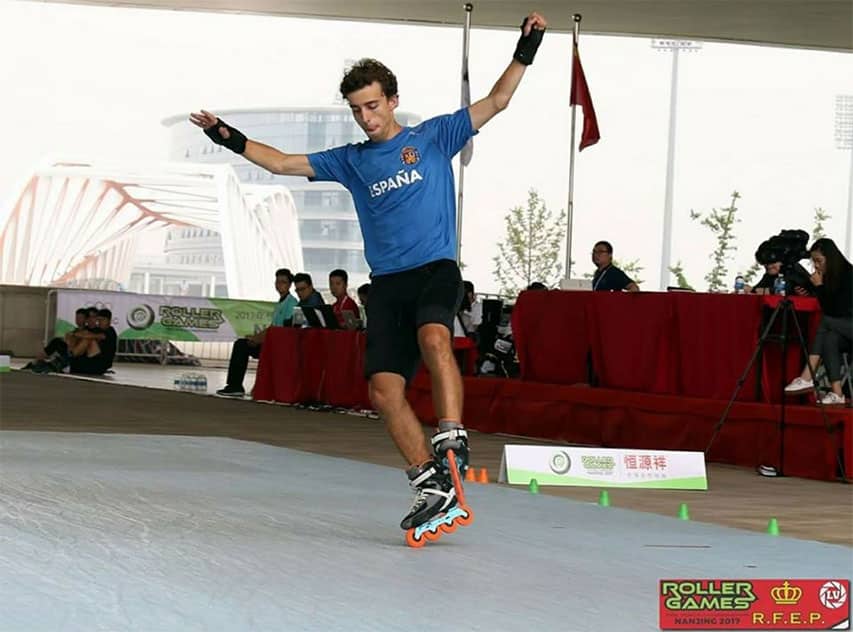 Enrique Rubio Mesas is 22 years old. He finished his studies in physics. He started skating as a child when there was no club in his town. He had to wait until 2011 to join a club where he played roller hockey. During these years he also practised inline speed skating. Two years later, in 2013, he discovered the freestyle. From the beginning he was interested in the practice of sliding and participated in competitions all over Europe in speed slalom, jump, battle and even in classic slalom. He has worked hard to improve his slides. 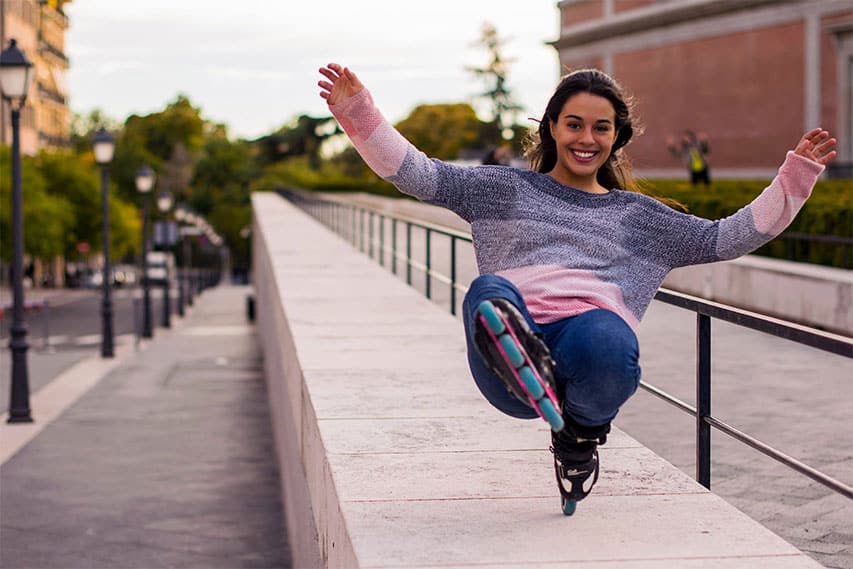 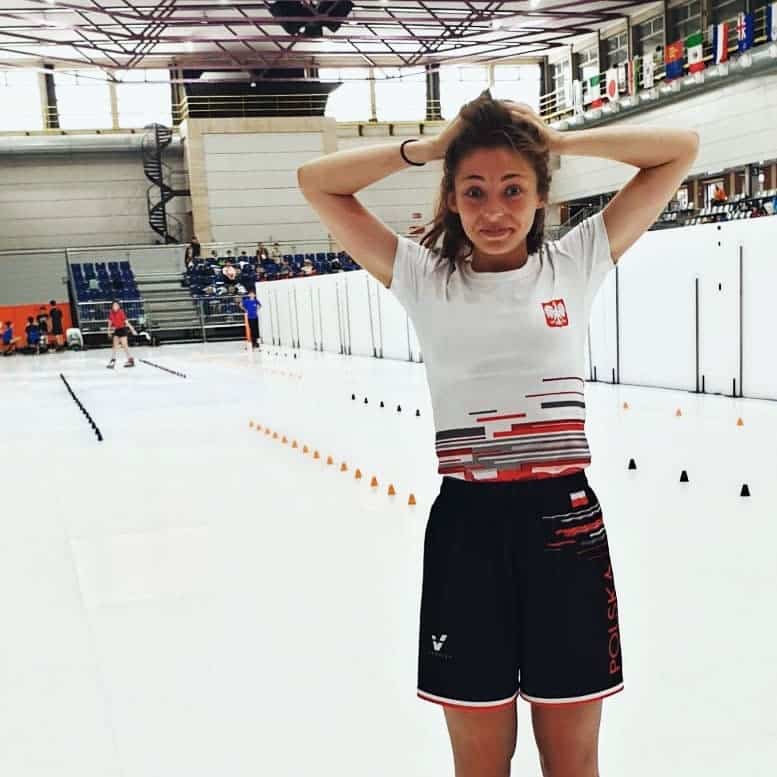 The three sisters Czapla, Justyna, Ewelina and Paulina are well known in the world of freestyle. They regularly publish videos. 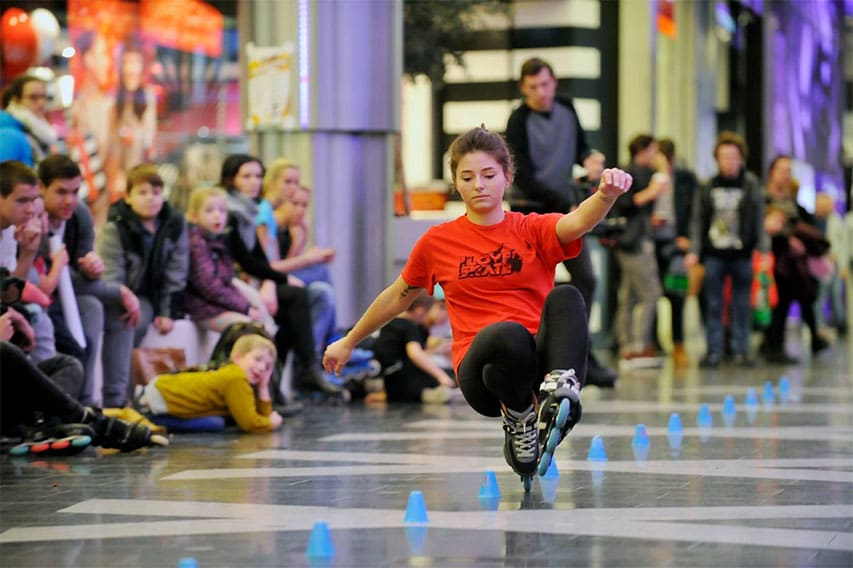 A talented young skater that is still improving.

Aleksey was born January 27, 1996. He is an ambassador for the Powerslide brand. He lives in Warsaw, where he also skates. He spent part of his school time in Kiev before joining Akademia Leona Ko?mi?skiego – Kozminski University. He is a fan of high jump, slides and freeride. 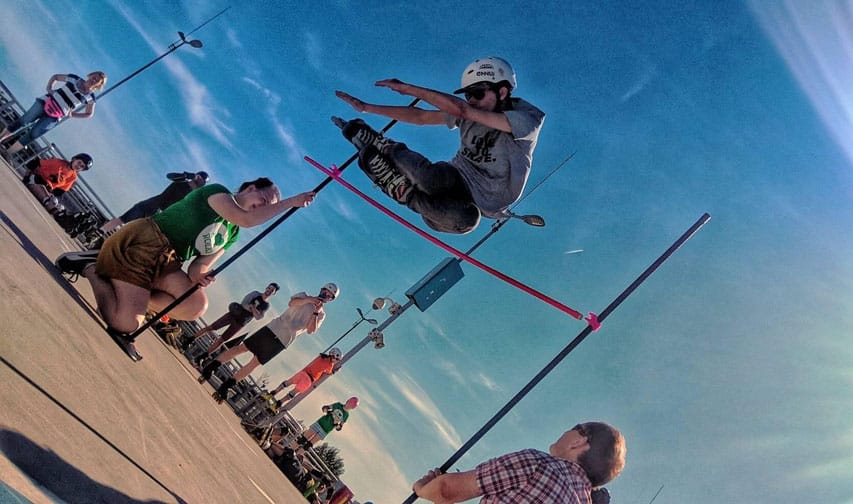 The 13-year-old Russian skater is already very experienced. He has been skating for the Russian national team since he was 10 years old. He has already participated in 4 world championships in Thailand (2016), Nanking (China, 2017), Arnhem (Netherlands, 2018) and Barcelona (Spain, 2019). He regularly reaches the national top 3 and every year Timofei comes closer to his dream of becoming world champion. In 2019 he finished 4th at the classic in Barcelona. We can hardly wait to see what the year 2020 brings! 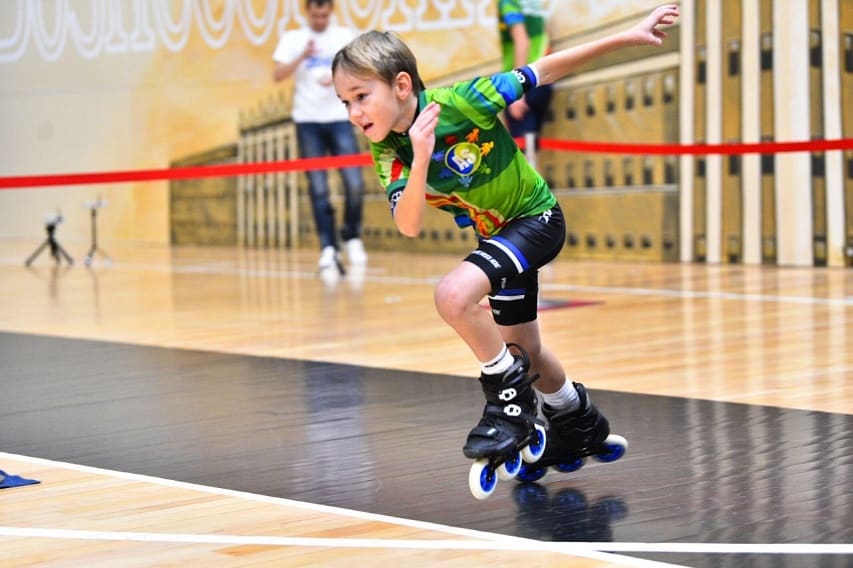 Elisei Shilov is the youngest member of the Powerslide freestyle team. Only 9 years old, he is already an experienced and famous skater in Russia. In speed slalom he is not to be surpassed in Russia: At the age of 8 he was already at 5.2 seconds! Two years in a row Elisei won the title of the Russian champion in his age category in speed slalom in 2018 and 2019.

Elisei is also one of the Russian top athletes in freestyle slalom: 2018 champion and 2019 vice-champion. Powerslide is waiting for his 10th birthday to see him on the world stage!

In 2019 he participated for the first time in a 100-meter competition, in which he became Russian champion.

Russian athletes have been present in the international freestyle scene for many years. They often compete in the big world competitions. Elizaveta Ivanenko achieved her best performances during the 2019 World Championships at the World Roller Games in Barcelona (Spain). 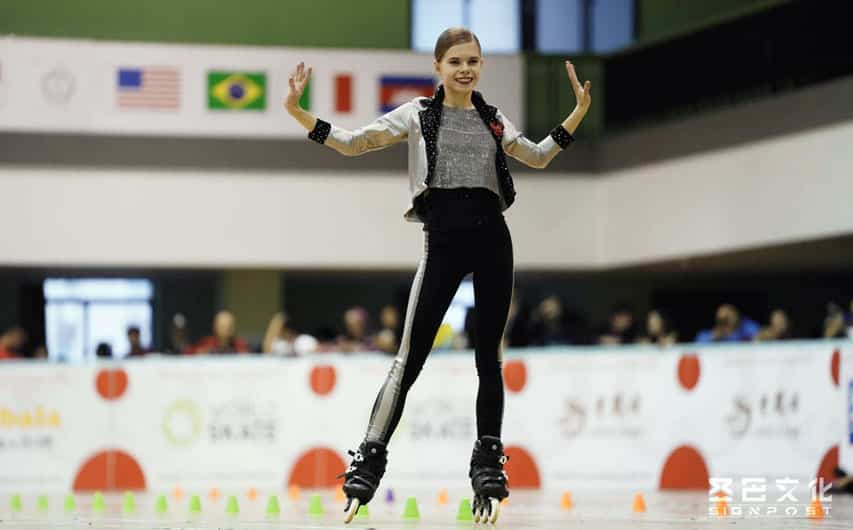