I recently ran a live workshop on Instagram on this classic rollerdance move, and I’ve edited the video to make a 10-minute short version of it. Here we will not only break the move down, but also take it to the next level in focusing on the rolling and fluidity, and on some rhythm and step variations.

NOTE: Sorry in advance for the focus problems of the video. Live stream Hazards… Hopefully, the explanations and graphics make up for it! 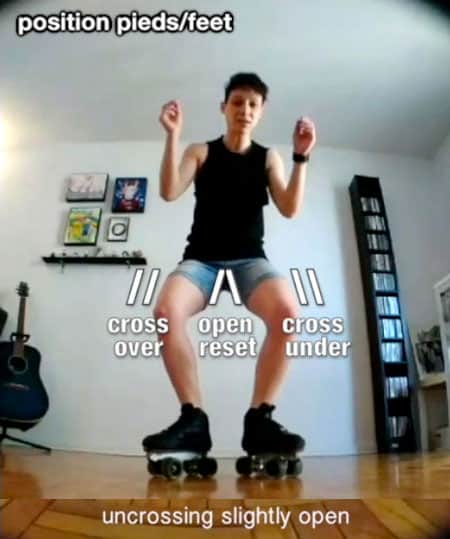 At each phase, both feet are positioned in the direction of movement for them to roll and make the move flow (See video: 1’18).
Thus, place your feet parallel when crossing (1 & 3). And in-between, uncross them in a slightly open position (2), to transition from one diagonal to the other. (We’ll focus on 4 later).

DRILL (See video: 1’44) : To work on parallel feet, you can repeat the same crossing phase several times in a row. You’ll see that if you keep your feet parallel, you’ll keep on rolling. If you repeat the cross-overs you’ll roll backwards, and if you cross under only you’ll roll forwards.

The 4th step is the last phase of the move. It’s the only one that isn’t positioned in the direction of rolling, because after that step, you want to go to the other side. Place it across (slightly turned inwards) to stop rolling. You can then change directions in pushing off of it. 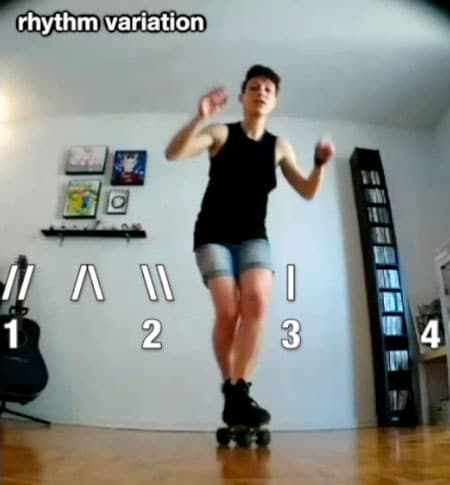 In doing that, you save one beat, and the move ends now on 3. The 4th beat becomes free! At first, you can use it to bounce (pump and mark the beat).

DRILL: Alternate between the two rhythm options – one step per beat + the “faster” variation. Don’t necessarily repeat each option on each side, you can break the symmetry and alternate with one option going one way, then another option going the other way, etc.

The basic move is made of a cross-over and a cross-under, with their respective resets. Let’s twist it!

Let’s reuse the drill on parallel feet and transform it into a variation: This time, do two cross-overs in a row / | (See video 4’51).

Let’s remember that with the rhythm variation, the 4th beat is free, which opens the door to all the additions you want. For example, you can add a third cross-over:

In this pattern, we did a logical addition to the basic move (cross-over, under… and over again), but you can cross your feet in whichever order you feel like (over x3, under x3, over-over-under, etc.)! 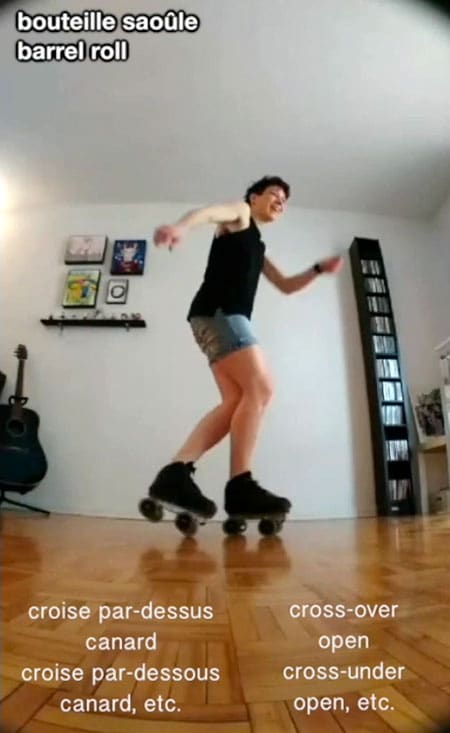 Here’s a last variation. This one is turning and it’s called the Barrel Roll (See video 9’22). It consists in crossing and uncrossing undefinitely. The change is situated on the 4th step (the one that’s supposed to stop the momentum): instead of placing your foot across to change directions, place it in an open reset (like in 2) each time you uncross, which will make the whole pattern go round in circles!