World Tour on the track of Yeosu: Welcome to Chile!

The skaters of this tricontinental country had to travel to a fourth continent to meet and confront the best skaters in the world of the discipline, in Yeosu, South Korea – thus in Asia. Let’s meet the Chilean skaters…

Indeed, the Republic of Chile is part of South America (a territory 4300km long from Peru to Cap Horn and 180km wide), of the Pacific Ocean (with the Easter Islands), but also of the Antarctic (the government claims to have a posession on the continent).

The delegation of Pablo Neruda’s country

The 2011 Chilean delegation was made of fourteen athletes and five officials. Six out of the fourteen skaters were in the Junior Category, and the male-female parity was perfectly respected both in Juniors and Seniors. Amongst the officials there were a doctor, a leader and three coaches. According to the level and the results of the skaters, the Chilean government gives financial support, so that they have somehow a semi-professional status.

Skating and sports in Chile: « If you’ve got free time, you shouldn’t do sports but work even more! »

Skating isn’t developped nor recognized in Chile. « Sports in general are not actually recognized in the country » one of the coaches says. « It’s not part of the Chilean culture, work is above everything else! If you’ve got free time, you shouldn’t do sports but work even more! » the assistant adds.

Football is apart. Indeed, it’s the national sport, the most popular since 1933, which is the date when the Chilean Liga was born. Even if their qualifications to the World Cup happen to be quite uneven, still the Chilean footballl players won the Bronze at the Olympic Games of Sydney in 2000.

Let’s go back to skating. There must be around 500 skaters on the whole territory, who are members of one of the 35 clubs affiliated to the federation.As for facilities, the country has two tracks and three road circuits in the capital, the biggest urban center of the country with 7 billion inhabitants (i.e. a third of the Chilean population) and not less that 37 different districts. 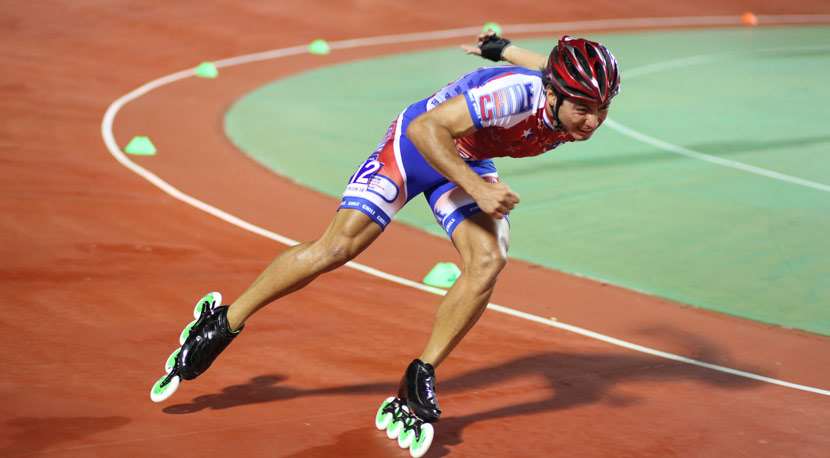 The selection for the World Championships 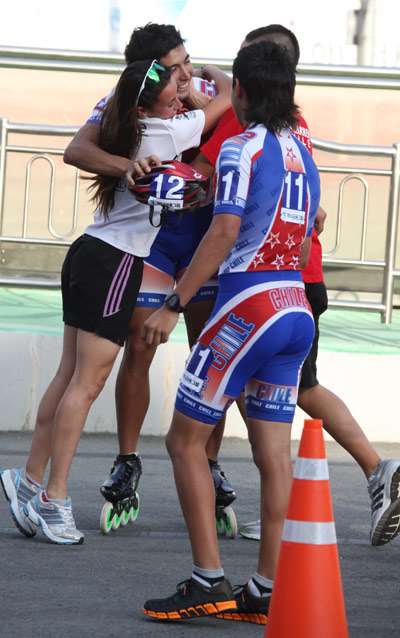 The criteria are very specific, and they are all known in advance by the skaters pretending to a national selection.

Nine reference races, determined at the beginning of the season, are needed for both sprinters and long-distance skaters. The skaters have to chose if they want to go in for sprint or long-distance as they are not allowed to take part in both. The seven best results will be taken into consideration to draw up the list of the selected skaters for the World Championships.

Let’s note that the national championships are not on the « nine » list and are thus in no case decisive for the world championships. However the Pan-american Championships, where Chile ranked 2nd behind Columbia and in front of the USA, are on the list – just like other races taking part in Columbia, Ecuador, Argentina and Venezuela.

Once the selection done, the athletes go on with their personal trainings, and meet together for a 10-day training in Santiago of Chile, just before their departure to Yeosu.

Like for the Venezuelians, it took the Chileans more than 30 hours from door to door to arrive to the Land of the Morning Calm. This is why they decided to come quite a long time before the competition. The Chilean delegation left their country on August 14th to arrive in South Korea on August 16th. The trip back was planned on September 9th.

The objectives of the selection were not completely set: « We knew we had good skaters, but the competition is particularly tough, thus concerning our best athletes, we hoped they would enter Top-5s » the head coach explains. The Chilean results exceeded their coaches’ expectations for the best!

With the national motto in mind, the Senior woman Maria Jose Moya and the Junior boys Hugo Ramirez and Emanuelle Silva surpassed themselves to go and get their gold and silver medals.

Maria Jose Moya is one of the four South Americans who got through to the much talked-about new final of the road 500m, having ousted the Asians and the Europeans, but also having afforded to knock out the Columbians during the semi-finals. Maria Jose Moya thus won the silver medal just behind the Venezuelian and in front of the Mexican in 43’920, only three hundredth behind the title.

The young long-distance skater Hugo Ramirez also went for silver on the road 20.000m elimination race just behind Chao Tsucheng of Taïwan and in front of American Mario Valencia.

Emanuelle Silva wins gold during the time 200m, whereas he’d been really unlucky for the track time 300m in falling at the last bend before the finish line… His opponents were right to fear him as he won the jersey with the masterly time of 16’433! This time would have ranked him at the 5th place in the Senior Category, just behind Spanish Ioseba Fernandez (16’416) and in front of Columbian Pedro Causil (16’515). These brilliant results should inspire him for sure… That’s good timing: Emanuelle still has one year left to improve his times before confronting the world elite of long-distance, with the Seniors in 2013.

At the end of these 2011 World Championships, Chile is 6th at the world ranking just in front of France! It stays 2nd of the American continent behind the unbeatable Columbians. 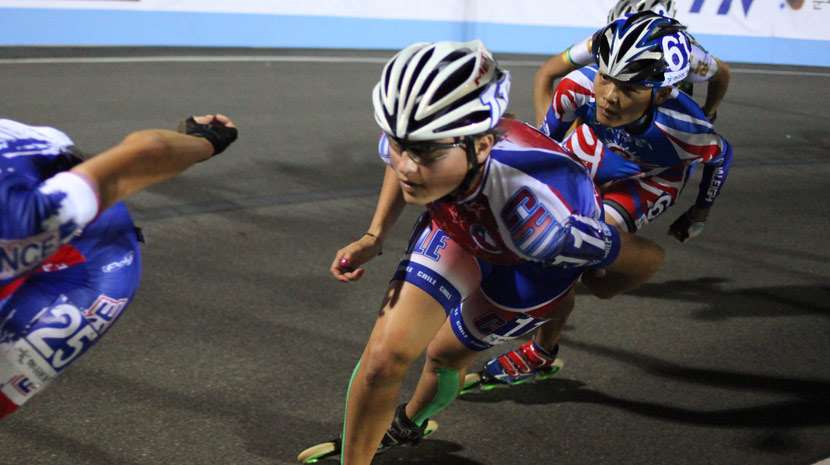