And here is a new destination: We are now at the heart of the delegation of a country, the area of which is nearly twice as big as that of the European Union: Australia… 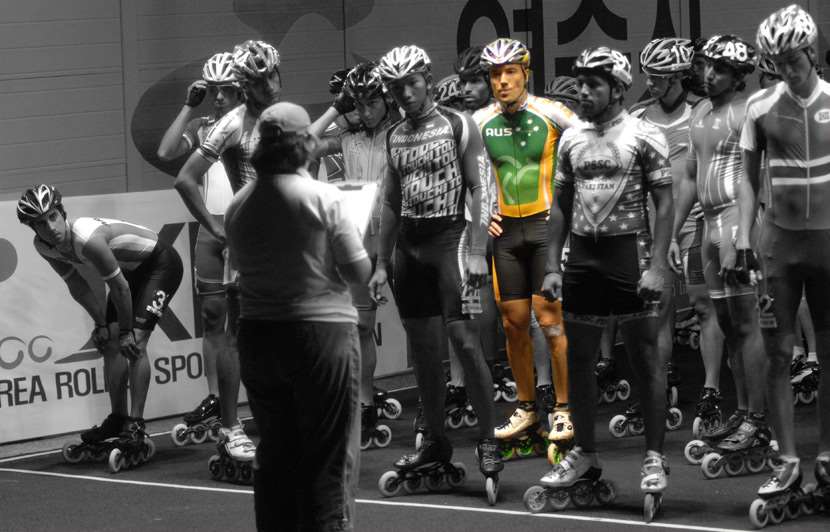 It’s also a country in which you’ll find more kangaroos (40 billions) than men and women (22,6 billions)! Last but not least it’s the delegation of a huge champion of the 2000’s, Mickael Byrne, who was also in Yeosu.

The delegation of the land of marsupials

Fourteen amator skaters made the trip from all over the world to come and confront the world elite in South Korea this year. Amongst them, six Juniors and eight Seniors, with three female representatives per category. In the seniors’ category, there is gifted Angeline Thomas as well as champion Mickael Byrne, who lived in the Netherlands a couple of years ago.

The skaters were with a leader, a representative of the federation, and a coach. No physiotherapist, no doctor, nobody else either… The lack of financial support from the federation and from the governement has certainly something to do with this (see below).

If the country has an impressive number of kangaroos, it’s not the case for the number of skaters affiliated to the federation. Indeed, the Australian federation has only 420 members in a dozen of clubs, four of which are in Perth.

Speed skating is thus particularly confidential in this country which distinguishes itself through other sports, like Australian football or Rugby (particularly Rugby Sevens! Remember it’s one of the two sports which managed to get the Olympic seal last year, at the expense of speed skating). The other big sports of Australia are tennis (with Leyton Hewitt) swimming (with Yann Thorpe) but also mechanic sports (with Casey Stoner, the current leader of the motorbike GP world championships) 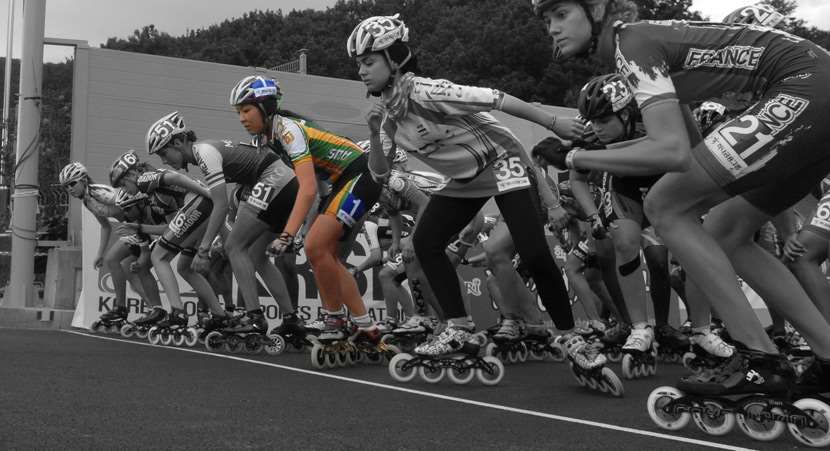 From selection to ultimate preparation for Yeosu

The skaters were pre-selected after the national championships and the Oceania championships which gathered Australia, New Zealand and Chinese Taipei. To get their definitive selection, the athletes had to show their progression through monthly tests: their times were evaluated on given distances, and to meet the selection criteria you had to do at least the same time as the previous month.

No specific preparation training was organized in Australia before the World Championships. However, nine days before the beginning of the competition, the whole delegation met in Yeosu after a 11-hour flight from Melbourne – in fact, it’s as long as a flight from Paris!

All the participants had to pay for their own expanses. Everything, including the outfits, the trip, the food, the accomodation, the skating equipement… nothing was paid by nobody else than the skaters themselves. « Even the coach and I had to pay for the trip » the federation representative says. No sponsor, no help from the federation nor from the government! « It’s about 7000 to 8000 USD per person » she adds.

Verdict? When you’re both Australian and a skater, you’d better have money to take part in the different championships. Otherwise, you’ll have to change sports and have a go at more popular activities, recognized by the authorities and private sponsors. « Skating is unknown in Australia, in the end it’s even a luxury to skate » the coach (born in Marseilles for the record) explains.

The objective of the skaters was to enter the Top-10 and break their own personal records. Only two skaters reached their goals: Angeline Thomas and Mickael Byrne, who are used to international podiums.

Angeline Thomas, who already showed her talent on the European circuit, was within a whisker of victory in the unbelievable track 1000m, won by the two Argentinians who managed to take the lead thanks to the collective fall of the two Columbians and the Chinese. Angeline finally ranked fourth in this final.

The discreet presence of a multi-medalled skater at the World Championships: Mickael Byrne actually was in the selection!

The great Australian champion, born in Melbourne in 1974, was medalled at the World Championships in 1998, 2001, 2002, 2003 and 2005. He was used to fight against Gicquel, Hedrick and Botero… and just like Gicquel and Botero, he was in Yeosu! But unlike the latters, Mike was there to take part, not to coach. Even if he wasn’t competitive enough to get a medal, he still entered the Top-10 of the 10km point road race, as he ranked tenth in managing to glean one more little point.

« Sometimes I have a back ache which prevents me from training efficiently, he says with a broad smile, but I keep on skating, I don’t know why… It must be for the love of it! »

Apparently the replacement is not for tomorrow… the other skaters regularly ranked between the 20th and the 30th places. Only sprinters Bryan Walker (Junior) and Andres Finster (Senior) managed to get respectively a fifteenth and a twelfth place, both for the road 500m. However, in the Land of kangaroos, there’s no doubt that the Australian team will know how to rebound in the future! 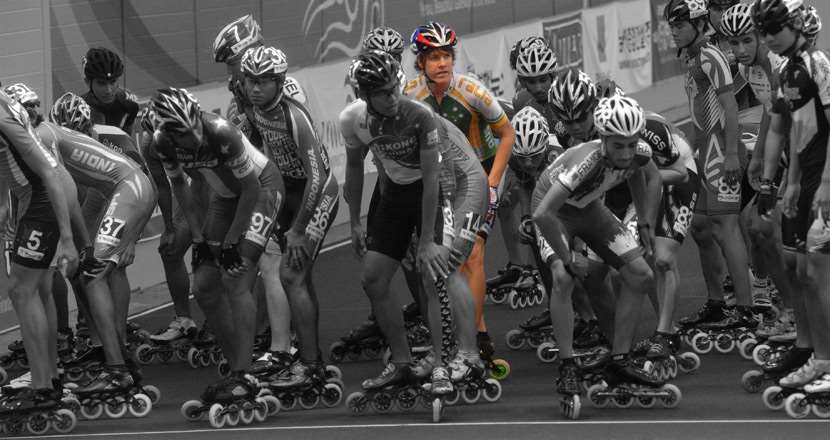