After a couple of stopovers in South-East Asia, let’s pack our luggage for South America! What a journey: Indeed, to come from Caracas, the capital, to Yeosu, the Venezuelians had to stop over in Paris! Let’s meet the South-American skaters… 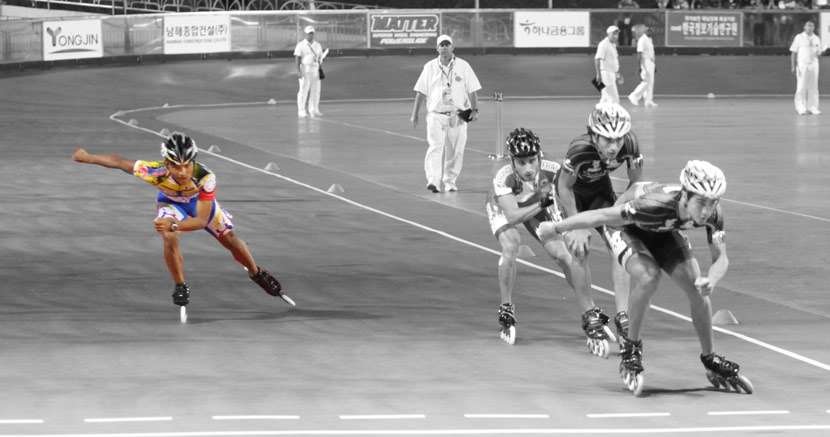 When you think that you need eleven or twelve hours to go from Paris to Seoul, you don’t even want to know how long it took to the Venezuelian delegation to get to the World Championships. This was the very first ordeal to get over before the competition!

The 2011 growth was made of twelve skaters, including seven juniors (amongst whom two girls), and five seniors, including only one woman. Even if the boys were over-represented (75% of the selection), Venezuela reached world ranking #10 thanks to the great performances of the women! Venezuela is now just behind Italy, Argentina and France.

The skaters were accompanied by a physiotherapist, a doctor (a Cuban…), a coach and four leaders.

According to the doctor, whom we have interviewed the most, skating develops a lot in the country and speed skating is more and more popular, even if the discipline is still far from reaching the popularity of the national sport: baseball. As for football, it’s far from being the favorite sport of Venezuelians: as surprising as it may be, Venezuela is the only South African country to have never taken part in a World Cup – whereas in skating, Venezuela is regularly represented at the World Championships.

Venezuela is divided into 23 states. There are numerous clubs in thirteen of them. Five tracks and five road circuits are scattered along the territory. Every year, these facilities host the few competitions (only five per year) which take place in this Northern country of South America. This is why Venezuelians often go abroad, to visit their Columbian neighbors, or more South to Argentina and Chili, even crossing the Atlantic Ocean to go to Spain and Germany. 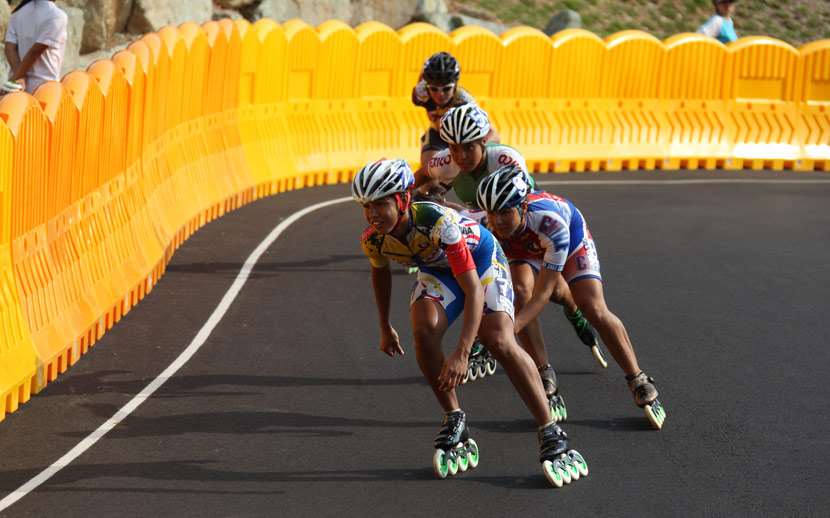 The preparation and selection for the World Championships

The athletes selected in the delegation are the ones who got the best results along the different competitions on the Venezuelian territory. No specific preparation training was organized because the selected athletes train together the whole year, in some kind of sports center.

Even if the skaters are not considered as professionals, they nevertheless get a montly wage from their federation, varying from 100 to 150 USD. As for their trip to Yeosu, the federation is paying for all the expenses.

The objectives in Yeosu

The hopes of medals were on the shoulders of Junior Solymar Vivas and her neo-compatriot Sandra Buelvas – originally Columbian but she became Venezuelian. Their coaches made a good forecast in predicting at least one medal for each of them.

« Sandra’s feats exceeded our expectations! We knew she could reach a medal… But I’m not sure I would have bet on gold! » one of the coaches conveys. But she did it! She won the first place in a totally new final during the road 500m. If online bets had been opened, no doubt that the odds of such a final would have peaked! The South Americans firmly established themselves: At the start, there were Chilean Maria Jose Moya, Mexican Veronica Elias, Ecuadorian Ingrid Factos and of course Sandra Buelbas. The latter won the race in 43’144 in front the the Chilean and the Mexican.

As for Solymar Vivas, she also went for the gold medal during the road 500m. This time, the exceptional Columbians Yesenia Escobar (win in 43’144) and Magda Garces monopolize the two first steps of the world podium. Bronze goes to Solymar, who crosses the finish line only two tenths ahead of German Laetishia Schimek.

As for the boys, the aim, for the Juniors as well as for the Seniors, was to reach the Top-10. Junior sprinter Breiner Flores reached the objective twice in getting two seventh places for the time 200m (in 25’485) and for the track 500m. His compatriots didn’t manage to enter the Top-10 but were close to it, in ranking several times eleventh or twelfth. In the Senior category, Breiner’s brother managed the best performance: Enrique ranked fourth for the track 500m just behind some Nicolas Pelloquin guy! His friend, Juan Jardine, also fulfilled his pledge on the 200m time trial in ending up eighth.

The medalled athletes will receive financial support from their federation. And as speed skating tends to become more and more famous in the country, the best 2011 athletes have a good chance of being invited on television shows to tell their feats…

Imagine Yann Guyader or Nicolas Pelloquin in Laurent Ruquier’s show, or interviewed by Michel Denisot, and you’ll get an idea of what is ahead of our Venezuelian friends! 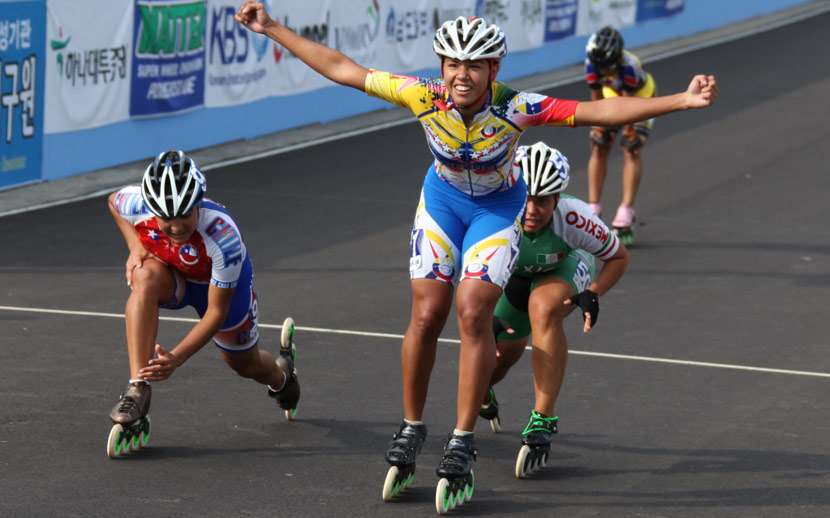