After the two first stages in India and Pakistan, let’s pack our luggage for South-Africa: direction the top of the stands, above the finish line in a shady corner, to discover the South-African delegation and their ambitions…

Stage #3: Welcome to the country of vuvuzela, in South Africa! 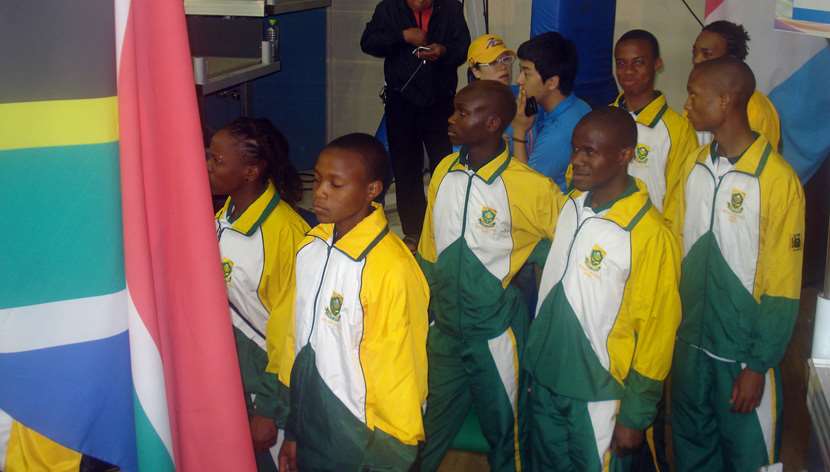 We’ll come back in Asia a little later, particularly to meet the Iranians and Japanese. The Yellow and Green, if not seen, will have been heard at least. At the opening ceremony, they didn’t enter the arena beating the drums, but blowing vuvuzelas which matched the colors of their flag, to salute the Korean public!

The composition of the South-African delegation

Amongst the eight skaters of the selection for Mandela’s country, there are only two Seniors and two women (in Junior). None of them is a professional, not even a semi-professional, even if one of the seniors benefits from a flexible working arrangement thanks to a comprehensive employer (for instance the national skating federation).

It’s the first year that the skaters are coached by a guy named… Wouter Hebbrecht, European and World champion, initially from Belgium who immigrated in California: He is henceforth the official coach of the South-African delegation! He is assisted by Wendy Gila who, for the occasion, swapped her local coach outfit for the manager one. In fact, this is not totally true because she’s got another (side) mission, which is to advise the Austrian brothers Tristan and Jakob Ulreich, whom their usual coach (None other than Mathieu Grandgirard) left to her care. In the delegation there is also another manager as well as three judges!

“It is true that we do a lot of work as for the training of judges in South Africa, it is the will of the federal authorities. Our three judges are in Yeosu to refine and complete their training at the highest level. According to us, it is fundamental to have international competent judges who are aware of the latest evolutions of the rules.” 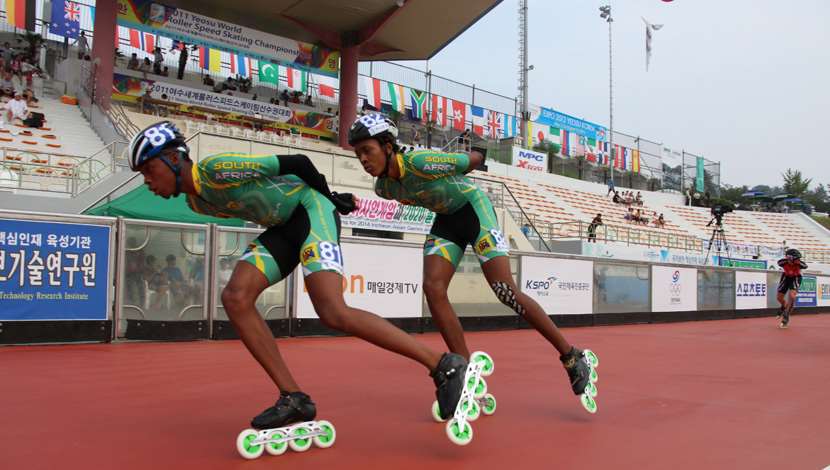 The development of skating in South Africa

Skating is more and more popular in the country, it doesn’t just spreads in a localized way, but everywhere in the territory. “We are currently witnessing a real boom, and the recognition of our sport is increasing more and more”, Wendy says. Of course, skating is not as popular as the big sports of the country, such as rugby, football, or cricket – and swimming to a lesser extent. However there are more than twenty clubs and more than 1000 members.

Nevertheless, there are only few facilities dedicated to skating only: a track in Pretoria in the North, and a road circuit in Mandela Village in Hammanskaal.

“We do like everybody in the other countries, we skate in car parks!” Wendy explains, as if it was obvious.

The preparation of the skaters and the selection criteria

The athletes train all through the year in taking part not only in the few local competitions (championships in each province and national championships), but also in races in Europe, particularly in three competitions of the European Cup (Hungary, Netherlands and Germany) as well as the Grand Prix in Belgium in June. In addition, they took part in the Africa championships which gathered five nations: South Africa (host country), Kenya, Ghana, Nigeria and Uganda.

“It’s been years that these championships hadn’t taken place! This is proof of the evolution of skating in Africa. Moreover, two other nations should have taken part but they had to withdraw at the last minute”, Wendy says.

The selection for the World Championships was in two stages: a pre-selection was first done after the national championships, which took place in March. Only the ones who got medals at these championships could go through to the second stage of the selection. The latter was based on the achievement of minima, according to each skater’s specialty. The results are known relatively in advance, which enables the selected athletes to attend weekly common trainings during a good part of the season, in addition to the usual sessions in their respective clubs.

“This is why we don’t do more specific preparation camps: our athletes regularly train together, camps are thus not necessarily justified, even if there was a long camp in January run by Wouter”, Wendy explains.

The means of the South-African delegation

This delegation managed to find the golden sponsor: their official sponsor is none other than the NLDTF (National Lottery Distribution Trust Fund) i.e. the equivalent of the Française des Jeux in France, which sponsors only well-known sports (French Federations of rugby, basket-ball, handball, tennis, and volleyball).

The NLDTF covers all the trips of the skaters. Without this, they would be condemned to race only in South Africa. For example in Yeosu, an important part of the trip is financed by this sponsor, the rest is sponsored by the sports ministry through their federation.

“Thanks to this, the members of the delegation don’t have to pay for a single thing during the championships; even the ice creams and cookies are paid!” Wendy exclaims.

Particularity: The skaters don’t own their skates!

This is the will of the national federation of skating, which is at the origins of the setting up of this system. Besides, all the material belongs to it. The skates are lent to the athletes by the federation, then exchanged in-between the skaters according to their needs. “I think that we are the only country to work this way” Wendy laughs. The system works well, then why stopping?

The objectives to reach in South Korea

Entering the Top-10 as many times as possible. “This would show a real progression” Wendy explains. It works out well, because some of the athletes seem to come up to the expectations of their coaches. It is the case of Junior Karabo Molepo who reached the objective for the 200m road race, getting the 8th place with 17.014, i.e. only 6 thousandths behind French Benjamin Pierre-Jean (7th with 17.08).

From a strictly financial point of view, even if one of the skaters won a medal, he wouldn’t get any personal direct profit. No subventions would be given from the state nor the provinces.

“People like good news and sponsors too!” Wendy explains finally. “In the end, there will be obvious financial consequences, but for the collectivity not just for the medaled athlete(s).”

There are still two days left for the South-Africans to reach a new Top-10. Let’s wish them luck!

Meanwhile, the meeting is arranged for March 2012, when an international competition will take place in South Africa!

“We have some good friends from France and I would like to invite all the French skaters to our competition in South Africa in March 2012!” 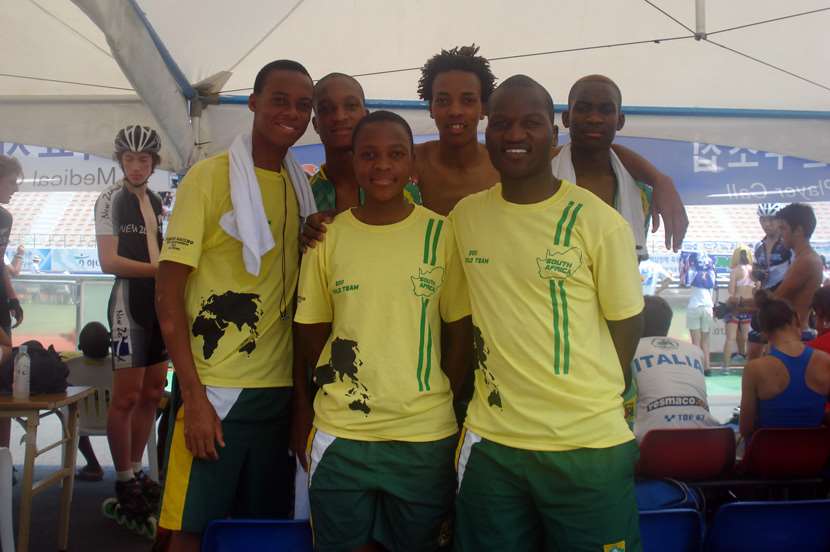