The network of cycle ways and eco friendly ways is not homogeneous in France. Lots of skaters unavoidably end up going on the roads. Skating on roads requires a good number of precautions, which are simple but vital for your safety.

Once you’ve gained self-confidence and a certain technical level, unavoidably you end up in getting off the beaten tracks and off the cycle ways to take the open roads.

Give priority to secondary roads 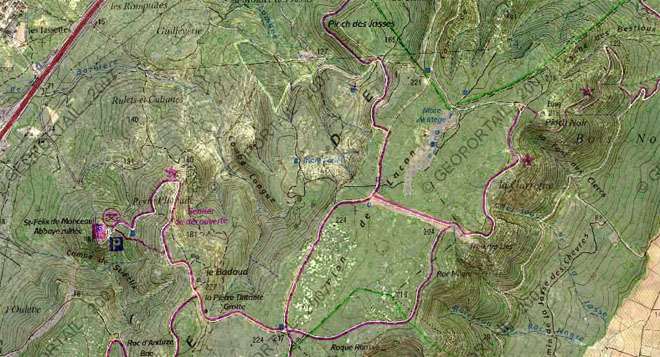 Logically enough, highways and other roads for motorists are forbidden to cyclists as well as pedestrians, and thus to skaters. Anyway, life expectancy on a hard shoulder doesn’t exceed one minute…

National roads are also very dangerous, let’s forget about them too…

Still remaining: departmental and communal roads, which may be used by skaters but not without a couple of precautions.

A tip? When you plan a route, give priority to axes that do not lead to big cities. they will be less busy since they are less direct.

It means that you should constantly watch your back in order to:

Behaviors to adopt during the passing by a vehicle

Motorists are used to seeing packs of cyclists, particularly on Sunday mornings… but they are less used to skating packs! Here again, a minimum of discipline is required at the heart of the pack in order that the passings happen in the best conditions.

In order to sum up, you could say: “Better looking like a Christmas tree than ending up seeing stars!”

When you skate on the road, you should be visible whatever the circumstances. 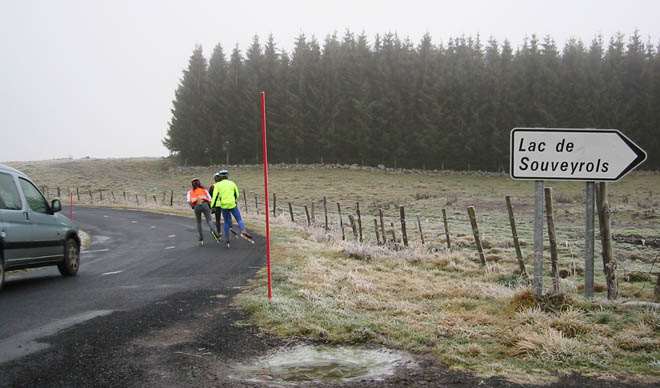 Skating in the heat, precautions to take
Skating in the cold, precautions to take
What to do when you cross a stray dog?
Tips to skate in winter
Skating and insurance: check your contracts!
Skates and types of traffic ways
Skating at night: tips and pieces of advices
Making the good choice for long distance skates
Test of the Petzl Tikka XP2 headlamp
Long distance: water bag or flask?
Porterage solutions for trekking
How to plan a trek course?
The development of treks and long distance
Between road and sidewalk, the skating rules
The use of helmet in skating
Strengthen your ankles for a better practice
Street/trek skating protective gear
Benefits of roller-skating on health
To feel secure with roller skates under rain
The seven deadly sins of the roller skating beginner