The seven deadly sins of the roller skating beginner

You are all excited at the idea of gliding on the cycle lanes and starting roller-skating. It is an excellent thing but be careful not to burn your wings… just like Icarius who wanted to fly too high and whose wings melt down. Here are a few pieces of advice not to let your dear wheels go to your head !

You shall remain reasonable… 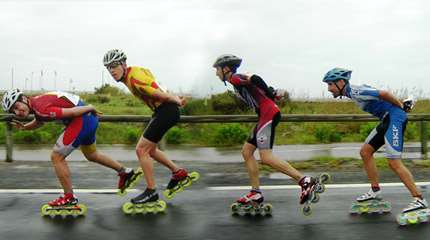 It seems so easy to put one foot in front of the other. When you look at a skater that is comfortable on his skates, you quickly get the impression that skating technique is obvious. Yet, let’s remember that you needed 10 to 15 months after your birth before you were able to stand up on your feet, not without having mistreated your backside. Just like in any sport, a few precautions are called for during the learning phase, in order to evolve safely and maintain your physical integrity (not forgetting your ego).

A friend of yours realizes that you’re attracted by skating and proposes to lend you his pair of skates size 47… while you are size 43 ! Forget about it ! You have to put on a skate with the good size in order to avoid being too loose and having no control over your skates. Could you picture yourself running a marathon with flip-flops ? Obviously not. The right size will guarantee you a far better mastering of your skates… and will save your feet a couple of blisters.

2) Opting for an unsuitable model for your practice

Just as you wouldn’t do running with safety boots or mountain biking with a racing model, each practice needs a suitable pair of skates. And even in each skating discipline, according to your level, this or that model will be more or less suitable.

At first, if you are a skating tour lover, do not choose a skate with too big wheels or a too low boot, which offers less ankle support… Everything in its own time. 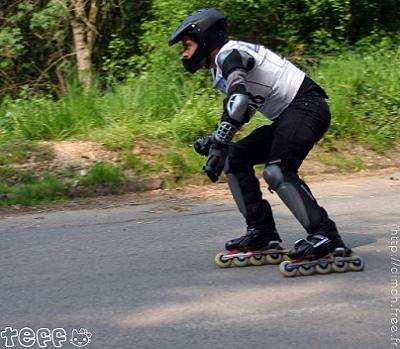 Would you ever consider going skiing with a bathing suit ? (Ok, some do…) Let’s pick up another example : Would you do American football or paint-ball without protection ? Obviously not, our instinct generally pushes us to protect ourselves from shocks and pain… Then why putting on devices that you do not control without at least a little protective pads ? Too often, kids are released into the wild without any pads at all. Why things that seem so natural for some sports are not obvious for skating ? Opt at least for a pair of wrist guards, but the whole set of elbow and knee pads as well as wrist guards and helmet are strongly recommended. And what is true for children is even truer for adults, who are higher, less balanced and less clever on wheels.

4)   Trying downhill skating without being able to stop

Here again, who would have the idea of tearing down a hill in their car knowing perfectly well that they cannot brake ? Leaving it to fate is not the most rational option. Take your time to master braking before going too fast, first of all on a flat ground in a quiet place, then on a gentle downhill. Even better : Learn several different braking techniques in order to never be taken by surprise.

Lots of skaters are able to skate fast quickly on a flat ground after only a few hours of practice. As a famous tyre brand would say : « Power is nothing without control ». To make it simple : learn to brake before speeding up.

5) Having your eyes biger than your stomach

Very often, we think highly of ourselves and of our skills, which is not a bad thing as it helps us to go on, be self-confident and push our limits further… But just as would say my psychology teacher : the difficulty of the task should be optimal, not maximal. In other words, set yoursef reasonable and reachable objectives not to get demotivated and give up skating. If you’re willing to reach a particular goal, set reachable intermediate goals in order to validate your improvement. 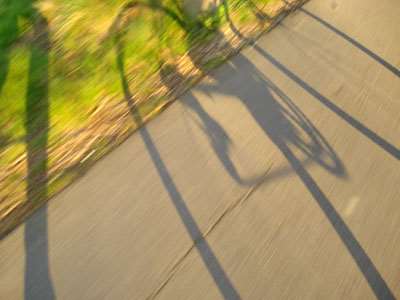 For example, if you want to do a skating marathon, start by having a go at 10 km, then at a semi-marathon… go step by step ! Same thing for technique, do not try one foot backwards on a slalom line if you are not able to skate backwards yet, for example.

Do things in their own time !

As good as you may be on skates, never forget that you are nothing compared to the radiator grille of a 4×4, that you’re never alone on the cycle lanes and on the roads… Even more because for the moment, skaters are considered to be pedestrians by default. We are hardly tolerated on cycle lanes and totally at the mercy of an evil-minded motorist or a motorist in a bad mood. Respect the rules of the road trafic and remain polite for your own safety.

The first safety rule is the anticipation of danger. Great pilots or great chess players are able to foresee the good lines or the moves of the opponent before they happen. Same thing in your everyday life when you are in your car : knowing how to drive is all about anticipation. Same thing also when you are on your skates ! If you don’t master your lines and your braking yet, take the time to slow down before arriving on an intersection or passing a bike, a dog, an old lady…