10 stereotypes about skating you should lay to rest

Ironically enough, the more widespread practices are, the harder received ideas are to die. And skating is no exception. Here is a list of clichés to debunk…

Misconception #1: ” Traditional (or quad) skating is older than inline skating.”

Just by saying that quad skating is the “traditional” one makes it look like it’s as old as Methuselah, whereas inline skating seems to be born in the 90’s. And yet, inlines date back to 1760 at least, with the invention of Belgian John Joseph Merlin. “Traditional” (quad) skating as we know it arrived one century later, around 1863.

Misconception #2: “No kidding. There are skating clubs, like it’s a real sport? And there’s actual competitions?”

Indeed. For example in France, there are 850 clubs gathering 60.000 skaters, all members of the French Federation of Roller Sports. They are divided into 8 disciplines, including 4 disciplines recognized by the Department of Youth and Sports as high level sports : roller hockey, rink hockey, artistic skating and speed skating.

Misconception #3: “Skating is for kids.” 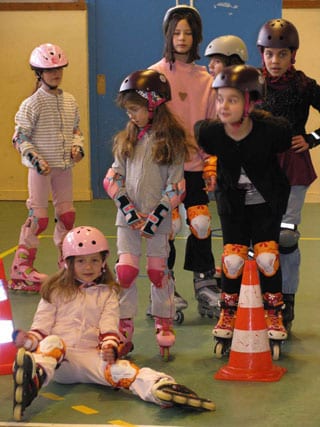 Kids are 40% of skaters… which leaves 60% for teenagers and grown-ups. You can start skating at a very early age (as soon as 3 or 4) but you can still practice as a senior (some skaters are in their 80’s). Moreover, from 1880 to 1910, skating was a leisure activity for aristocrats in exclusive roller rinks. People would skate in smart outfits, top hats and fitted coats. Then, the practice spread to the student world. Skating reached the younger population only later, after the second world war. We’re far from the kid cliché.

Misconception #4: “Skating coach. Is that even a job?”

Not only is it a real job but it’s recognized, in France, by the state and with a good range of coaching degrees on top of it. Yes, you can make an actual living out of skating, and more and more skaters take the plunge.

Just like many other sports, skating is having a hard time finding its place in the sun, but the situation is different according to countries. For example, rink hockey has great media coverage in Italy, Spain, Portugal and Argentina. Fans come in numbers to watch hockey games, which are broadcasted live on national TV channels. In Colombia, speed skating is an institution and some figures like Cecila Baena even took part in “The Farm” reality show.

The stability on the sides is better on quads indeed, but you’ll have a far better front/back stability with inlines. Think about it: the surface in contact with the ground with quads is a rectangle under your feet, and with inlines it’s a single line. Would you go for wider but shorter (quads) or slimmer but longer (inlines)?

Wrong! Men play a preponderant role in Couple skating.
Same for roller derby, there are more and more men’s teams.

Misconception #8: “You can skate on cycle lanes.”

Be careful, even if you are tolerated on skates, in case of an accident with a bike, you will be held responsible. Skaters are pedestrians according to the highway code, and pedestrians shouldn’t walk on cycle lanes. When/if you do, pay attention not to get in the way of a bike. On the other hand, you are all allowed (skaters and pedestrians and bikes) on green lanes. If you skate on the sidewalk, you shouldn’t go faster than the speed of a pedestrian (in theory).

Skating is not just about Friday Night Skates. There are 8 federal disciplines (in France), to which you can add underground practices like roller soccer, roller basketball, buggy rolling, traction skating, roller dance and more…

A study of the French Sanitary Surveillance Institute led in 2004-2005 shows that skating is far from being the most accident-prone sport. Team sports (which are the most practiced sports) are far in front, all the more as the study put skating as only a part (18%) of a group also gathering cycling (74%) and other non-motorized wheel sports (8%). In 90.6% cases for skating, it’s a simple fall with nobody else involved than the skater themselves. Hence the importance of wearing protective gear! 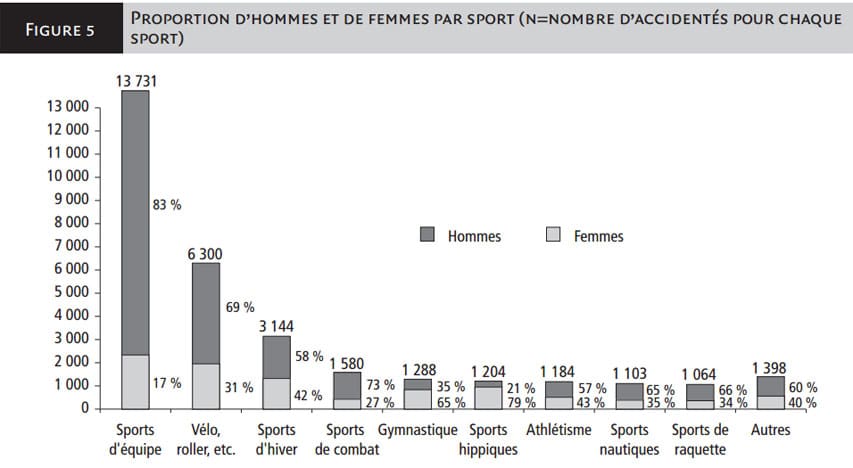 The History of Skating from 1760 till Today

Skater kids: From what age?

15 years of evolution of the skate market